1) The pillars of an equitable post-COVID India

In the post-pandemic world, addressing inequality is key to sustaining growth and well-being

Causes of Inequalities in India

The economic shock due to the pandemic has been much more severe for the country for two reasons.

But the informal sector and workers have suffered a lot with loss of incomes and employment in the last one year. 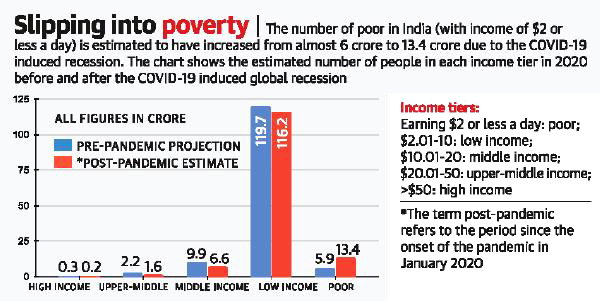 A three-step plan for reducing inequalities:

1)  Focus on employment and wages

1)  Focus on Employment and Wages:

Access to the Supreme Court has been made easier with virtual hearings, but more needs to be done

A Court for everyone