Amid the coronavirus crisis, three states framed a terrible everyday bigotry(intolerance towards those who hold different opinions from oneself) —but also, and hearteningly, a swift and lawful state response.

In Mumbai this week, a resident of a suburb who refused to take groceries from a Muslim delivery-person was arrested. The delivery person had recorded a video of the bigoted behaviour he was faced with on his phone, Section 295A of the IPC treats as an offence “deliberate and malicious(bitter) acts, intended to outrage(anger) religious feelings of any class by insulting its religion or religious beliefs”.

In Gujarat, arrests have been made for circulating messages on social media that cited the Tablighi Jamaat congregation(assembly of people) in New Delhi — which did contribute significantly to the making of a COVID hot spot — to call for the social and economic boycott of the entire Muslim community.

In Uttar Pradesh, after it came to light that a private hospital had issued an advertisement saying it would not admit Muslim patients unless they took a COVID test, the Meerut police filed an FIR against the owner under Sections 188 (Disobedience to order duly promulgated by public servant), 295A and 505 (statements “conducing to public mischief”). 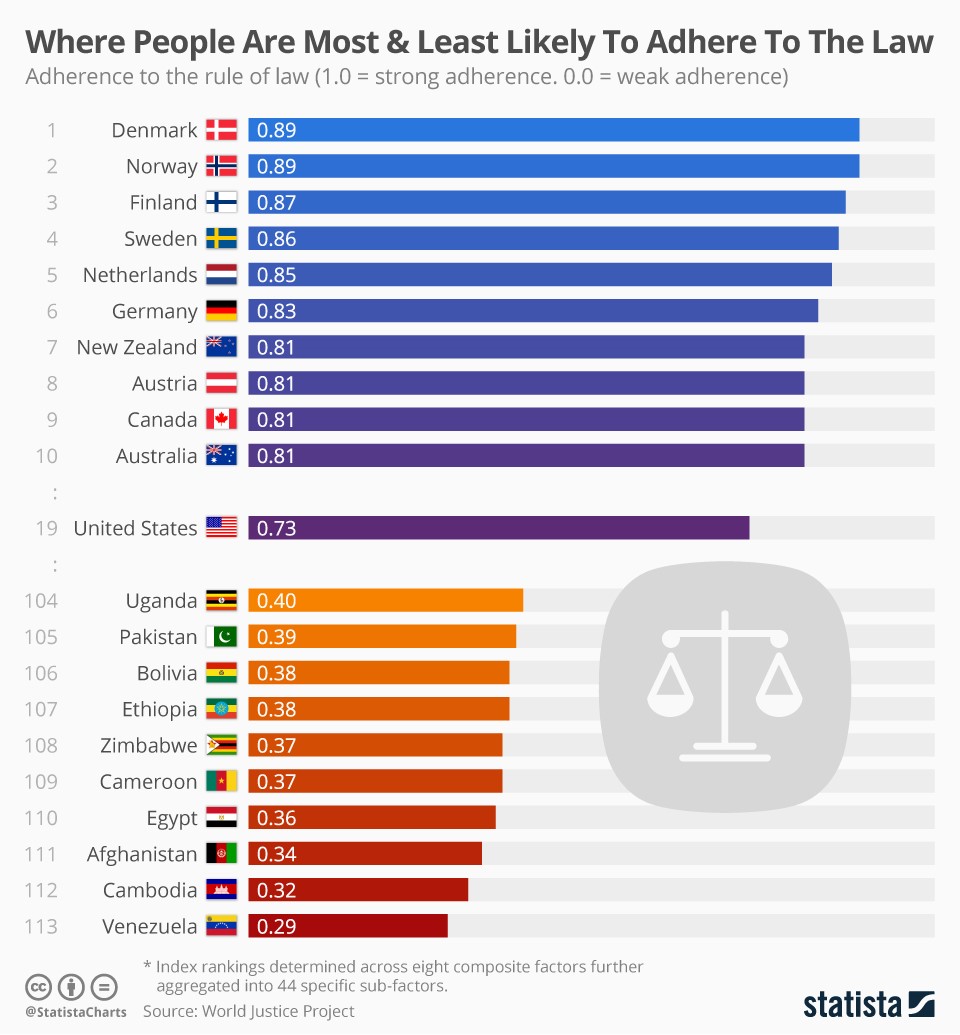 Such action taken in Maharashtra, Gujarat and Uttar Pradesh — states that are, incidentally, ruled by the BJP and the Shiv Sena, parties not exactly known for their political commitment to the secular principle —may not deter(prevent) the next act of hate on the street, but it points to the way forward.

At a time when anxieties and fears sparked by a shared health crisis are threatening to divide the communities and sharpen polarisation(division), rendering the Muslim community doubly vulnerable, the state needs to, quite simply, uphold(protect) the law.

The problem, of course, is that for the most part, the state either looks away from acts of religious prejudice and discrimination that violate the fundamental rights and freedoms of fellow citizens, or becomes complicit(involved) in them.

Or, responds defensively, as when the charge is levelled by governments and organisations located abroad — as it did, recently, after the OIC (Organisation of Islam Cooperation) spoke of a rising “Islamophobia” in India in times of the coronavirus. The Indian envoy to the UAE, and the Indian embassies in Oman and Qatar rose immediately to douse(extinguish) that controversy, lest it affect the country’s image and ties in a region crucial to India’s diplomacy and strategy.

On the other hand, it is inadequately realised or acknowledged how grievously(seriously) religious polarisation(division), and the failure to act against it, could hurt, and even roll back, the hard-won gains that India is slowly and laboriously making in its battle against the virus.

In fact, heightened vigilance(surveillance) against the communal virus, and a firm resolve to act against it, must be, and must be seen to be, an essential part of India’s anti-COVID strategy. The state must be on guard(watchful) against communal bigotry(hatred against other communities), not just because it can erupt(result) in violence, but also when it takes a costly toll on the many solidarities that shore up the fight against a common enemy in a public health emergency.

Holding citizens accountable(responsible) for acts of hate is not incidental but key to united fight against pandemic.

On Thursday, Franklin Templeton Mutual Fund announced its decision to wind up(close) six debt schemes with a combined asset base exceeding Rs 25,000 crore. The fund house said that redemption (recovery) pressures, coupled with reduced liquidity(money) in the bond markets, had compelled it to take this decision.

(TRIVIA- A mutual fund is an open-end professionally managed investment fund that pools money from many investors to purchase securities. These investors may be retail or institutional in nature.

The bond market is a financial market where participants can issue new debt, known as the primary market, or buy and sell debt securities, known as the secondary market. This is usually in the form of bonds, but it may include notes, bills, and so on)

ASSOCIATION OF MUTUAL FUNDS OF INDIA:

The Association of Mutual Funds of India (AMFI) has sought to quell(extinguish) the panic, assuring investors that a significant share of fixed income fund assets is invested in superior credit quality securities, and that the schemes have liquidity to ensure normal operations. While this may well end up being a localised event, there are concerns over its possible ripple effects(consequences).

This event could lead to risk aversion(disliking) on the part of both investors as well as fund managers. Risk averse(those not willing to take risk) investors may rush to withdraw from similar funds, while fund managers may now prefer the safety of more liquid higher rated paper, leading to further stress in the bond markets.

Credit quality is a measure of how likely a bond issuer is to repay its loan. A credit-quality rating can be assigned to an individual bond issuer or to a portfolio of bonds. Lower-rated bonds are more likely to default and, as such, must offer a higher yield.

Debt funds aim to generate returns for investors by investing their money in avenues like bonds and other fixed-income securities. This means that these funds buy the bonds and earn interest income on the money. The yields that mutual fund investors receive is based on this.)

Over the past month, investors have pulled out billions from debt funds, as fears that the disruption in economic activity caused by the lockdown will impair(stop) the ability of corporates to service their debt obligations, have gained traction(focus).

This surge(increase) in redemptions(recovery) has created liquidity issues for fund houses. The Franklin Templeton schemes were largely directed towards high-yield instruments. In the current environment of risk aversion, finding buyers for low-grade credit papers is a daunting(risky) task.

And even if it did find buyers, it would have had to take huge haircuts. Debt funds are a key source of funding of corporates. And if the redemption pressure builds up, and they are unable to offload their portfolios in the market, or their borrowings are not sufficient to cover their obligations — SEBI has imposed a limit of 20 per cent of assets under management for such loans —then funding to corporates will come under severe strain.

Credit flows beyond the higher investment grade firms are likely to come under pressure, and liquidity issues may well morph(change into another form) into solvency(the possession of assets in excess of liabilities) issues.

(TRIVIA- In finance, a haircut is the difference between the current market value of an asset and the value ascribed to that asset for purposes of calculating regulatory capital or loan collateral. The amount of the haircut reflects the perceived risk of the asset falling in value in an immediate cash sale or liquidation)

The results of the latest round of the RBI’s targeted long-term repo operations suggest banks are unwilling to take on credit risk. Who will then take on the credit risk?

To begin with, the Reserve Bank of India should consider providing direct liquidity to intermediaries, perhaps along the lines of what was done during the financial crisis of 2008-09. The costs of intervening early are less than the price of delayed action.

Franklin Templeton decision could have ripple effects. RBI and SEBI must ensure adequate liquidity to intermediaries.

India’s merchandise(goods to be bought and sold) exports plunged by a staggering(shocking) 34.6 per cent in March as the dislocation of economic activities due to the coronavirus spread across the world.

REASONS BEHIND THE FALL:

This sharper than expected fall was due to a combination of factors — the disruption of supply chains in China, which, coupled with weak global demand and lockdowns in large parts of the world, resulted in cancellation of export orders, as well as the imposition of the lockdown in India which restricted economic activity beginning in the last week of March.

The situation is likely to have worsened in April on account of the extension of the lockdown in not just India, but in large parts of Europe and the US, which are among India’s major trading partners.

At the aggregate level, data from the commerce ministry shows that India’s merchandise exports in March stood at $21.4 billion, down from $32.7 billion in the same month last year. The decline in exports was broad-based, with all sectors barring iron ore registering a contraction: Engineering goods fell by 42.3 per cent, gems and jewellery by 41 per cent, leather products by 36.8 per cent, and readymade garments by 34.9 per cent.

This stunning collapse in trade is in line with the World Trade Organisation’s estimates which had projected merchandise trade to fall by 13-32 per cent in 2020 — North America and Asia are likely to be the hardest hit, and nearly all regions are expected to witness double digit falls in trade volumes as global demand collapses.

Equally worrying, the trade data also showed that non-oil non-gold imports declined sharply by 30.5 per cent in March, signalling depressed domestic demand — the decline was broad-based, across both capital and consumer goods segments.

At this juncture it is difficult to gauge(estimate) to what extent easing the restrictions on select economic activities after April 20, and the likely lifting of other lockdown curbs post May 3, are able to ease export growth in the near term.

It is quite likely that it will take some time for exports to return to normal, in part, due to raw material and labour shortages, logistical challenges and the fall in global demand. Given this situation, it is difficult to see net exports as being a driver of growth in the near-term.

And with both private consumption and investment activity likely to remain depressed, the economy will be heavily reliant on government spending. In such a scenario, the central government must clearly lay out its strategy on how it plans to support the economy during this difficult period.